We all know that the Multi-Level Marketing concept has been here for a long time now. And there is no doubt that it has been a successful business concept if you take a look at the growth of famous MLM companies and the people who have achieved success from doing network marketing.

So when did it all begin? Who got the idea of MLM? And which is the first MLM company? It’s worth taking a look at the history of network marketing and see how it started and emerged to what it is today.

MLM has been around for over 50 years. Even though multi-level marketing type businesses existed in the 1920s, a company called ‘California Vitamin Company’, which produced food supplement products in the US, which was later named ‘Nutrilite’, arose with the actual concept of MLM in 1930s. Carl Rehnborg was the man who set up the company. The members of Nutrilite received earnings on multiple levels of sales made. And the company achieved exponential growth and big profits in the following years which led in spreading the company’s network into other continents as well.

It was a key turning point in the history of MLM when two men named Richard DeVos and Jay Van Andel joined Nutrilite as distributors in 1949. They realised the actual potential and power of this business model as sales were on a rapid growth. In 1959, Jay and Richard decided to build their own competing MLM company and they started Amway. The company initially provided Household and cleaning products. And in 1972, Amway bought Nutrilite Company which resulted in combining their food supplement products into Amway’s portfolio.

In 1975, the US Federal Trade Commission went on take Amway to court accusing them of being involved with a Pyramid Scheme which was an illegal act. A pyramid Scheme is a business model that only deals with recruiting members and not selling any products. The Federal Trade Commission decided to take the company down because they thought Amway was running an illegal business and it was the biggest network marketing company at that time. Then after fighting in the court for four years, Amway finally won the case proving that they were running a legal business. After this incident, various other MLM companies such as Avon, Market America, Tupperware, Electrolux, Discovery Toys, Herbalife, Kleenez, Oriflame, Reliv, etc, entered the industry and it started to outgrow other business industries in the world.

Today, Multi-level marketing companies and the industry get a lot of criticism because some think that this business model is not legal and it is a scam. While there may be some MLM companies who scams people just like any other illegal business, or runs an illegal Pyramid Scheme, there are legitimate and successful MLM companies out there. Their annual turnover figures and the number of people who achieved success through MLM reveal that the concept of MLM has been a successful one. 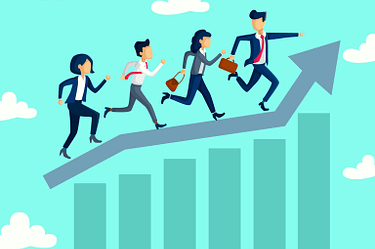 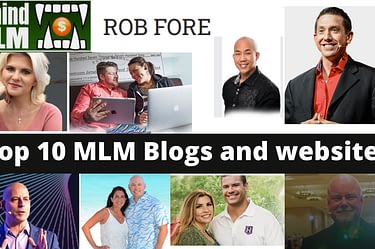 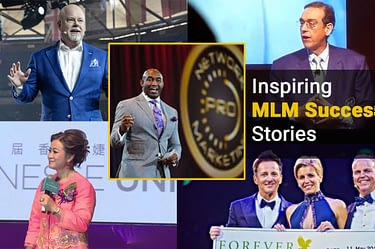